We’ve been welcoming visitors for well over 60 years

It was in 1946 that the Borlase family took over Swiss Farm, which was bought from the Fawley Court Estate.

The land was mostly put to dairy cattle and maize, but there were still campers making the journey down from London to stay in the countryside. In those early days the campers would stay in old ex-military Bell Tents on the farm and have their belongings stored inside one of the farm buildings between trips, which allowed them to travel down by train.

Harold Borlase handed over the management of the farm to his son Stephen in 1968. Stephen had big plans for the farm, and started a poultry business with 25,000 chickens, alongside pedigree Sussex cattle and even strawberry production. However, farming became less profitable, and the Farm was just not big enough to remain profitable. But keeping on a cool business head, Stephen turned his gaze to the tourism side of the business, which had only been a small form of income, but he saw a big future for it.

Working day and night, Stephen put together comprehensive building and landscaping plans that would make his vision a reality, and got to work on it. In the almost 30 years that followed Stephen continued to build and expand on the farm’s facilities, turning it into a top attraction for holiday campers. In 1997 Stephen passed the business down to his son Joseph who, being as ambitious as his father, set to work on a new set of goals that he wanted to achieve with the farm, and make it the best camping experience around.

More recently some of the goals that Joseph had have been realised, in 2008 new all-weather pitches were introduced, for those who camp whatever the time of year. The car parks and roads were re-surfaced and from then until 2009 all of the facilities in the campsite were refurbished and look brand new, featuring upgraded water and electrical facilities for happy campers.

For 2010-11 Joseph has continued his dedicated work on the site, landscaping more of the area for trees, flower beds, and of course more camping pitches. The most recent facilities added to the farm are the improved bar, convenience store and new reception. Joseph has further plans for this year and 2013 which are sure to see the farm become the best camping facility in the Cotswolds, why not ask him about them when you get there?

About the Author: Swiss Farm

Swiss Farm Touring & Camping Park - family owned and run by the Borlase family since 1946. Our five star, landscaped Henley on Thames Touring & Camping park in the Oxfordshire countryside is perfectly placed for guests wishing to visit London, Windsor & Oxford. The park is a short walk from the beautiful town of Henley on Thames with it’s fine shops and famous Royal Regatta course. Explore the area or relax on site and enjoy our wonderful facilities, walk by the Thames or cycle in the Chiltern Hills. 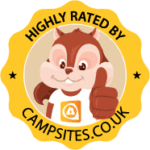 This site uses cookies to give you a better browsing experience.